(Sometimes i will write in english, i’m not used to it, so some errors may occur!)

Time to leave the busy and noisy Buenos Aires and head to some quiet and peace. Uruguay sounds a great choice. 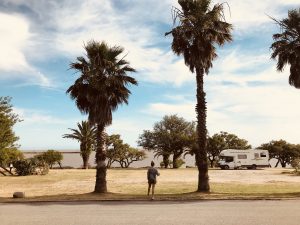 I was supposed to stay longer in BA (Buenos Aires), but Uruguay is so close, and I wanted some peace to put some ideas in order, ’cause where I was staying, wasn’t easy. I didn’t know much about Uruguay before I came, but let me tell you, this country is a small one, but with clever people running it. And they praise great tribute to those who rulled it in the past. Like General Artigas, father of the country. 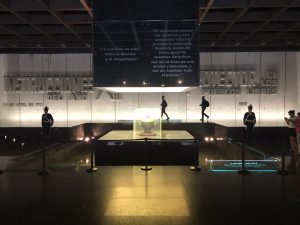 They built this huge mausoleum, with 2 permanent guards the watch over his ashes.

Some reasons why South America (and the rest of the world) should look closer and pay attention to Uruguay:

1. The least corrupt country in all South America (and very safe as well) 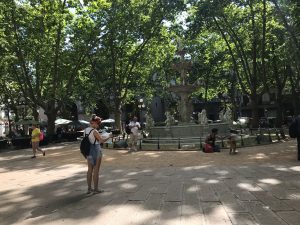 2. To combat problems related to drug trafficking, Uruguay was the first country in the world to license the production, distribution and sale of marijuana (sold in pharmacies, but just for Uruguayan citizens).

3. One of the few countries in SA where abortion, same-sex marriage and adoption were decriminalised.

4. The first ever Fifa World Cup was held in Uruguay in 1930. In the buildup to the final – which Uruguay won, beating Argentina 4-2 (as if I care about football. Meh…)

5. Uruguay has no official religion (15% are atheists, 35% agnostics, and 50% catholics). For that, the Christmas day has a different name, they called it: the ‘Family Day’, and the Holy Week in Easter, is called ‘Semana de Turismo/Tourism Week’. 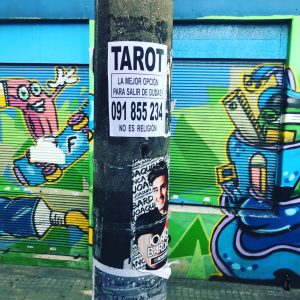 Maybe some of those 50%, believe in tarot!

6. 88% of Uruguayans have european ancestry (italian and spanish) – that’s why every other door there is a pizzaria, and every month on the 29th, it’s Gnochi’s day. 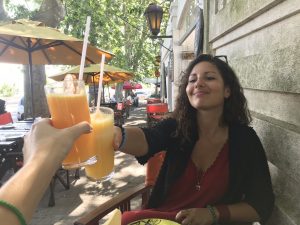 8. Uruguay has the longest national anthem in the world. It has 11 verses, can run for about six minutes and contains the line “No one insults the image of the sun!” 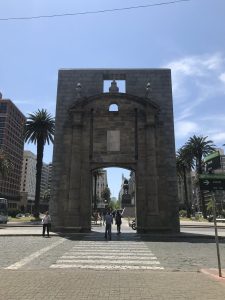 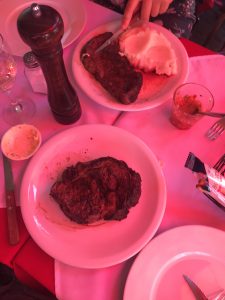 10. Chivito is the food speciality. A kind of ‘francesinha’ (a portuguese dish) – beef, ham, egg, tomato, lettuce, cheese, and open your mouth! 11. Grapamiel is their drink (along with mate). Mate is like a tea, they carry it EVERYWHERE. They say Uruguayans were born with two chicken wings instead of arms, so they can carry the water thermos in one, and a football in the other. They are crazy about it. But it looks so uncomfortable to carry it around! 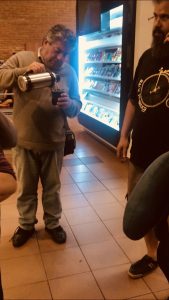 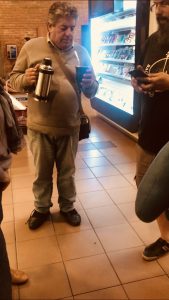 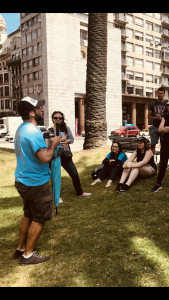 In the shops, stations, walking around the street. They carry it everywhere!

12. Is very easy to come to Uruguay illegally and stay as long as you want. The Government is OK with that! (What?!) 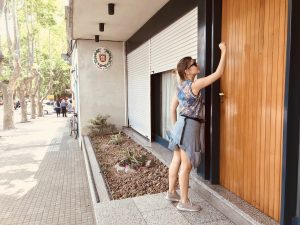 Me asking the Portuguese Embassy to stay!

13. Uruguyan is the world’s nº1 producer of wind energy 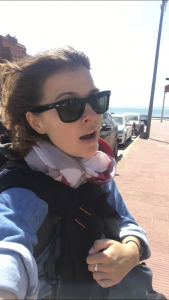 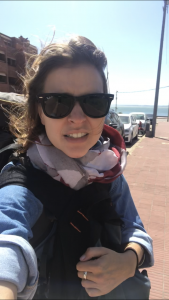 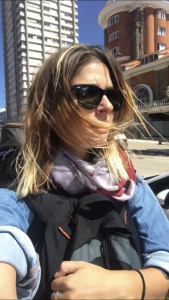 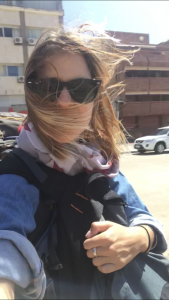 14. They say it’s one of the most relaxed and happy countries in the world. 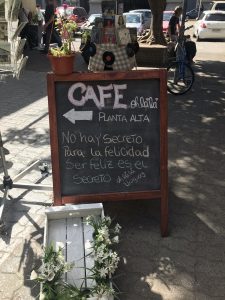 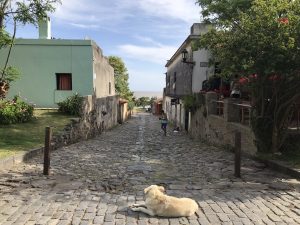 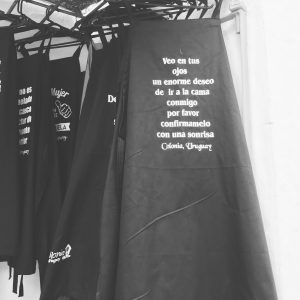 15. The capital, Montevideo, has two versions for its name. When the Portuguese arrive here and ruled it for 43 years (Yeahhh!!), until the Spanish came and kicked us out, (damn you, Spanish!) the legend says when Fernando Magalhães expedition arrived here, someone said “Monte vi eu/I saw a mount”, and it would be named after this. The other legend says the Portuguese instead of giving names to the territories, gave numbers; and the area where Montevideo is, was named the VI mount from east to west. So: MONT + VI + DE + E(east) + O(west) = MONTEVIDEO. Curious, hein? 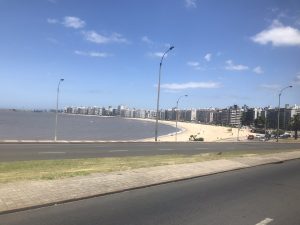 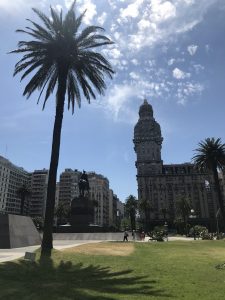 Enough for now, right? Convinced to come to Uruguay? I was told, most of these things, during the walking free tour (Curioso Free Tour). That’s why they are always worth. And they also say, the tango was born were, and so was Samba. Apparently they own it all. 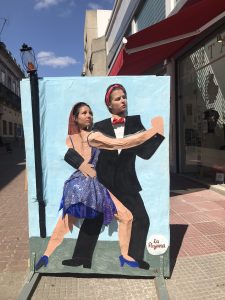 I took a ferry from Buenos Aires to Colonia, and from there bus to Montevideo, and then other bus to Punta del Este. 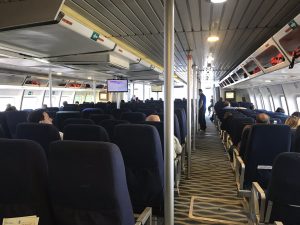 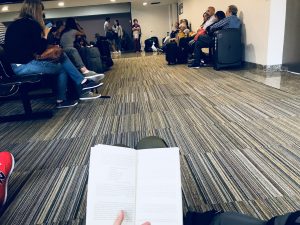 Waiting in lines, and moving around: my lifestory for the next few months.

I thought it would be cheaper than Argentina… WRONG! Apparently, here in Punta del Este, where I am right now, they called it “Little Miami” (the coast line), due to it’s relaxed and beach lifestyle, crowded with wealthy people and hollywood stars. Hope they have a space for a tight-budget traveller like me… 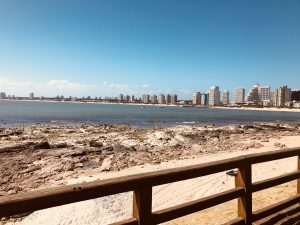 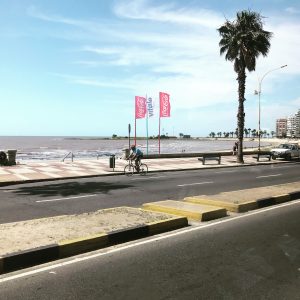 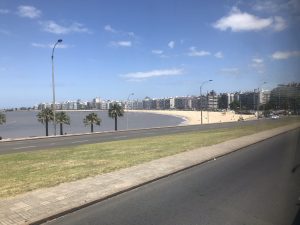 Seems like this country is the perfect one to spend a few days, get my reading in order, update the blog, start my new year’s resolution, and lose some weight (cause everything is sooooo expensive!) – i will be fine with bananas and avocados. 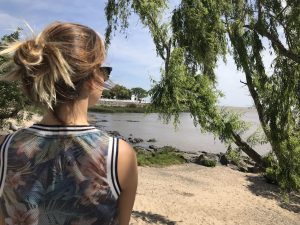 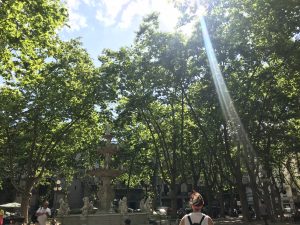 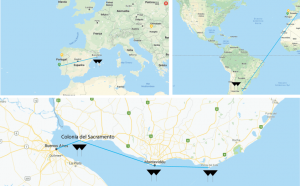 Tchintchin, to good vibes, and cheap deals (hope they come to me!)

(I just realized, i couldn’t be a professional blogger, its really time consuming! )